Demonetization is a big enough move for the opposition party to not criticize. Therefore some accusations have come forward against the ruling party that they knew about demonetization and have already done away with their black money.

Prime Minister Narendra Modi is so sure about his party that he has asked all his MLAs and MPs to submit their bank account details between 8th November and 31st December, 2016. He has done this to prove once and for all that the accusations levied against him and his party, are false and that the party is strictly against black money transactions of any sort. 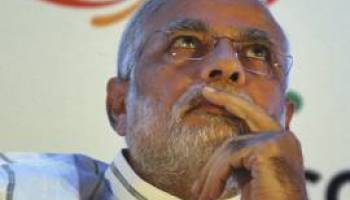 By providing the bank account information, the ruling party is also stern to make it clear that they will not tolerate black money within their own party itself. This is a major movement and has been termed a radical.

Hence, all the details of the bank accounts of the MLAs and MPs will be submitted to the President of the Party, Amit Shah by 1st December, 2016.

What were the charges against the party?

The opposition also including many other parties like AAP (headed by Arvind Kejriwal) have alleged that BJP was aware of the move and they have invested crores of money in properties and land right before the demonetization has been put into effect. Such allegations are starting to turn the heat up right before the UP elections.

What is the opposition’s reaction now?

Right after Modi announced that he will ask all his party members to make everything transparent, the opposition reacted fiercely.

In fact, the Delhi Chief Minister Arvind Kejriwal took to twitter to express his reaction about this. He said that the friends of the party such as Ambani, Adani and even Paytm should be asked to give their account details.

Suspecting that the currency notes might have been in the process of demonetization six months prior to the announcement, the Chief Minister also said that the account details six months old should also be provided for this cause.