Digital India Mission is in full swing. This can only become a reality if all commoners have access to internet. Thankfully, the telecom companies are coming up with new data packs to allure more customers every day. These packs are crafted in a manner that they fulfill the requirements of people from all sections of the society. There is something for everybody. Here are some brands and 4G data package details, which will help you to make a better choice.

Since Reliance has launched Jio connection in the year 2016, almost more than half of the Indian population has shifted to Reliance from their existing service providers. With many lucrative offers, biggies like Vodafone, Airtel and Idea failed to match up with Jio plans every now and then. In recent times when Jio started a new Rs. 399 plan for their vast customers’ base, rest of the names have started similar type of plans too. Here is a brief comparison between these leading providers’ plans for the customers.

Recently Jio has started a Rs. 399 plan for their existing customers. This pre-paid new plan is valid for 84 days. Before this they have two different plans for the users. 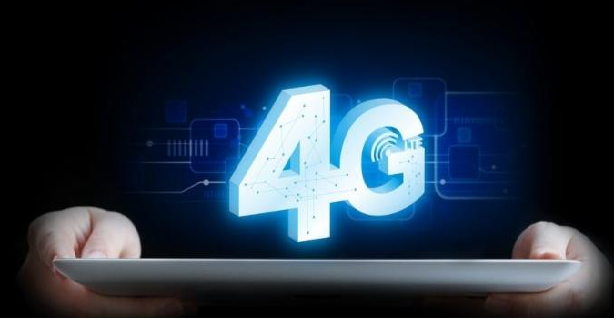 From the start of 2016, we have seen the big players in the telecom and networking industries are gearing up with their 4G plans for the customers. 4G or the 4th generation internet is nothing but improved and high speed internet service gateway, from the existing speeds. The big players out there in the market offering 4G services to millions of customers are Airtel, Idea and Vodafone. Also there are other competitors getting up in line like the mighty Reliance. The 4G internet services are still not totally available in all parts of the country. These companies have launched these 4G services only in selected states. Below are the comparisons of the various 4G internet facilities by Idea, Vodafone and Airtel.

Vodafone 4G is the world’s largest network of 4th generation internet high speed connectivity. After it has reached 3G services across the lengths and breadths of the nation, Vodafone has taken up the job to spread the 4G network among its customers. It started its 4G services in the state of Kerala. After that they have started launching 4G data packs for customers of Karnataka. Its cheapest 4G pack comes at Rs. 29 for a 120 MB data which has validity period of 3 days. And the largest package is of Rs. 2,499 for 20 GB of 4G high speed data.

Bharti Airtel has the largest network of 4G services provided in India. It has launched its 4G services in almost every major city in every state of the country. With uninterrupted high speed 3G data services, it is current ruling the 4G market in India. The Airtel 4G data packs can be accessed by the customers through their smart phones enabled with 4G. Also there are 4G dongles available in the market launched by Airtel to spread 4G connectivity in the country. One can buy a 10 GB 4G data in Trivandrum for Rs. 1,347. But this same data pack costs a whooping Rs. 1,998 in Amritsar. There are different ranges of products of 4G data packs by Bharti Airtel.

Unlike Airtel, which provides 4G internet services throughout the nation, Idea cellular only has its 4G services limited in few states of southern India. The 4G spectrum by the Idea cellular is present only in the states of Tamil Nadu, Kerala, Andhra Pradesh and Karnataka. There are various ranges of data packs of 4G internet services by Idea. Right now there is a limited offer of extra double data with the 4G packs given by Idea. A 1 GB 4g data pack of Idea costs Rs. 249. In addition to this, Idea is giving another 1 GB free under a limited period offer to its customers. Also the price of 10 GB of 4G data is Rs. 1,346 along with which another 10 GB data is absolutely free. So Idea has the lowest rates of 4G data right now compared to Airtel and Vodafone.

The big cat fight is growing more and more between the leading telecommunication providers regarding the rates and the data plans. In this era of online world, where one provider is offering speedy net connection, others are slashing the rates to the lowest level to grab more customers. After the introduction of Jionet connection by Reliance Communication, other service providers like Vodafone, Airtel and Idea make sure to offer much cheaper plans to the customers. The Delhi–based telecom service provider Bharti Airtel lands up with a new data plan “myPlan Infinity’ that allows you to make voice call for free. Also under this plan you can enjoy unlimited music from Wynk Music and Wynk movies.

Features of myPlan Infinity by Airtel

Airtel had launched ‘myPlan’ a long time back, in the year 2013. Since then the plan becomes quite popular as it offered different plans under different prices. The user can easily choose his / her plan accordingly. After 3 years of successfully implemented plan, now Airtel comes up with a revised plan called ‘myPlan Infinity’ that offers huge data plans under 3G / 4G connection.

What to expect from it

At the first place unlimited voice calling will no doubt mange to attract a number of users. Though the rival provider Idea has already come up with similar plan of unlimited voice calls and 500 SMS per day in just Rs. 999/- per month, the network issue with Idea still remains the same.

In recent times Airtel launched the ‘open network’ plan where users can check the nearest Airtel tower for network connectivity. This will definitely make a difference to the plans as people now hopeful about the network of Airtel.

The plan seems to be worth other than the Rs. 1599/- plan. To compare with Rs. 1199/- plan, one will pay extra 400 bucks to get 4GB more data in a month. This seems to be little expensive as Rs. 200 will be enough for this extra portion of data connection. Under this plan if the user runs out of data, he can use additional data in just 50p per MB which is quite cheaper than other providers.

Other than this the plan overall looks convincing and cheaper. Though other service providers are coming up with new and cheaper products but their connectivity and network issues are helping Airtel to grow more. With their attractive and promising 4G connection and now ‘open network’ plan, the company has already gained quite a wide range of users.

On the other Reliance is all set to give a tough competition to Airtel with their Jio. In a couple of months we will get to know who wins over who in this tough cat fight.